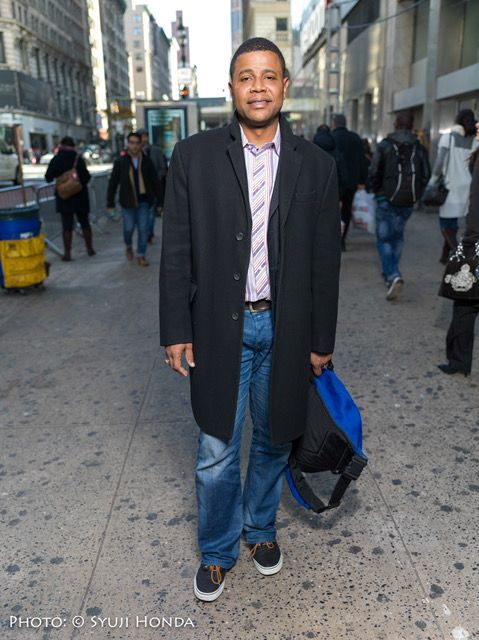 As I’m sure you all know, I’ve been training diligently for the TCS New York Marathon these past few months and I was incredibly excited to finally apply my weeks of training earlier this month. And for anyone who is considering participating in either the New York Marathon or any marathon in general, do not hesitate. Sign up today. It’s an amazing experience.

Ever since I participated in the 2015 TCS NYC Marathon, I’ve been eager to get back into the thick of things, but a last-minute injury prevented me from participating in last year’s marathon. Since then, I’ve been taking my time, running and reading as much as possible on how to improve my running and time. And this year’s marathon was a culmination of everything that I’d learned, either through reading or experience.

Although it rained the entire marathon, it was still one of the most exhilarating and just flat out fun experiences I’ve ever had. There were bands playing and energizing the runners and supportive onlookers; it all made for a very high-energy atmosphere. One of the greatest, and admittedly unexpected, aspects of the marathon was the other runners. I was running with 50,000 other strangers that I’d never met before, but we were all connected by the simple fact that we wanted to challenge ourselves.

After a while, I was approached by another runner, Michelle, and she was incredibly nice. But what was even more special was her ability to inspire. She mentioned that we should keep up our pace, and after a few minutes of talking, what started out as two runners motivating each other, quickly developed into a group of runners from different backgrounds sharing stories and words of encouragement. We literally pushed each other to the finish line. It was an amazing thing.

And that’s one of the greatest parts of any marathon: the relationships. Our connection didn’t end after the marathon; we all met up after the race and caught up with each other and we decided that we will be attending a multi-day race in Africa next year! We are pushing each other to do even greater things.

I definitely learned a great deal both while training for the marathon and during the marathon itself. I made sure to replenish my fluids, alternating between Gatorade and water every mile. This was important because of my first experience in 2015, I had not replenished my body properly, I was unable to run after the 18-mile mark, and I was forced to walk the remainder of the trail. I made sure that would not happen this time.

I also learned some new home remedies from other runners, like homemade salt pills to replenish the salt your body loses while sweating.

This year, I completed the marathon with a 4 hour and 48 minute time. My goal for next year is to break four hours; to shave off those 48 minutes. Although it may be tough in the moment, and you want to give up, once you cross that finish line, you will be motivated to do better next year. Now, I’ll prepare even better, read even more tips and tricks and improve my time.

This year’s marathon was significant not just for me but in the annals of the New York City marathon. For starters, this year’s winner was a female runner; Shalane Flanagan was the first American woman to win the New York City Marathon in 25 years. With an unofficial time of 2 hours, 26 minutes, and 53 seconds, Flanagan was able to dethrone the previous winner, Mary Keitany of Kenya.

This year’s marathon also featured a dose of celebrity in the form of famed comedian Kevin Hart. With a finishing time of 4 hours, 5 minutes, 6 seconds Kevin was able to beat out former New York Giants running back Tiki Barber.

All of that aside, I want to stress just how important this race is. While some may look at it as just another marathon, others see it for what it truly is: a New York City Experience. It is a chance for millions of people, from all walks of life, to come together and take part in something greater than themselves. This entire marathon is a chance for humankind to defy limitations and to achieve the ultimate goal: the synchronization of the mind, body and spirit.

For all of you runners out there, if you want to improve your running abilities, whether it be your stamina or speed, look into a marathon. If you want to experience an event, sign up for the New York City Marathon. You’ll be surrounded by supportive, like-minded individuals and you’ll have one of the greatest days of your life.